My frenzied whispers were drawing glances from the students sitting on the floor around me. I should have cared about the attention I was attracting, but I didn’t. Bizzo was reading my letter! To the whole school!

It was Tuesday, and it was time for another Hour of Doom: that weekly gathering where the names of the 'doomed' for the week were read out while the students waited with bated breaths. Hour of Doom was Bizzo’s brainchild, and the relieved sighs of the students who escaped punishment at the end of every week – for offences ranging from dropping litter on the school grounds to 'pooping' in unauthorized spots – was enough testimony as to its effectiveness. Mr. Adenaya, a.k.a. Bizzo, senior boarding house master, and master of all he surveyed, stood before the gathering of subdued students that Tuesday wearing his trademark scowl that could reduce even the boldest of students to scurrying mice. Bizzo could never be accused of sparing the rod but he did have a sense of fairness that we the students could see, though we would never admit to this. Feared as much as he was respected, it was Bizzo who had taught the litter-happy Kankonians to dispose waste properly, such that six years after leaving Lagos State Model College, Kankon, I still feel guilty when I drop litter anywhere other than in a waste bin.

The Discipline Keeping Organization, DIKOR for short, was another one of Bizzo’s inventions. DIKOR was for the most part a network of student spies whose membership was mostly secret, and whose job it was to report the happenings in school to Bizzo. They were also the ones mainly responsible for getting the names of the weekly doomed.


It was a rare thing for the students to burst into laughter during Hour of Doom, but it happened that Tuesday. Bizzo himself was not left out; he managed an indulgent chuckle. I smiled. He had gotten to my drama sketches. My opening preamble was an appeal for action on the issue I was raising: senior students and their cruelty to the juniors. That done with, Bizzo was reading one of the few short drama pieces I’d added for effect. Having long discovered that I had the gift for wielding a pen, I’d thought it a social responsibility of mine to use that gift to address an issue dear to my heart, and that of my fellow sufferers.

Anyone who is familiar with the Nigerian public boarding school experience knows that the JSS 1 student is on the lowest possible level of the food chain – the ultimate prey. I belonged to this unfortunate group as at when I wrote my letter, and though I was somewhat protected by a popular school mother in SS 2, I couldn’t help but feel the plight of my less privileged colleagues. We were kindred spirits after all.

Bizzo finished reading my drama pieces and once again the air became charged with the apprehensive silence of the students. I knew what would come next, and I knew it would not be funny. Along with my drama pieces, I’d also attached a list of guilty senior students I'd got from my ‘investigations’. Bizzo started to call out the names, each name drawing whispered reactions from the students. The list and my letter done with, Bizzo declared that he would meet with those seniors whose names I’d written, and that pending his own investigations he would take action. He thanked the anonymous writer.

As hour of doom drew to a close, and for the next few days, I was in a euphoric state. I was a modern day Esther, come to save junior students in my school from annihilation. It wasn’t long before my bubble burst and I came crashing back down to earth. The senior students I’d named had finished serving their punishments, and next, they’d set their bloodied sights on whoever the sorry soul was that had written that letter. I can imagine them now as they must have been, swinging cutlasses and hoes at the grass, their anger giving them superhuman strength as they cursed at the faceless, but soon to be dead junior, who had ratted them out.

I’d had the common sense to send in my letter anonymously and that should have given me some comfort. But my excitement at having my letter read, and the manner in which I’d carried out my ‘investigations’, made it such that it was only a matter of time before I was found out. With the blessed benefit of hindsight, I know that I could have done a better job of getting the names I needed without exposing myself. But green JSS 1 student that I was, I’d gone about asking my classmates in other hostels to give me the names of the troublesome seniors in their hostels. I believe the scenes in the various hostels that day would have played out something like this: the seniors get back to their hostels after their punishment, red eyed, seething with fury. The juniors scramble to get out of their way, but the seniors would have none of that. They round up the juniors and start making threatening noises, and before long the juniors who know anything about the letter start to crack.

Soon my name was on the lips of every female senior in the school. I became a wanted girl. I went into hiding, but I couldn’t stay away from the hostels for long. I was caught and delivered into the hands of the furious seniors. My school mother washed her hands off me. I would bear the consequences of my 'I too know' alone. Transferred from hostel to hostel, room to room, I fetched countless buckets of water, swept entire hostels, washed the 'convenience' (the euphemism for our nausea-inducing pit latrines) and went on endless errands. For a while I was something of a pariah, and there was a lot of name calling and finger pointing. And though I got some sympathy (thanks to my 'innocent' face) it was the lowest point of my time at Kankon. But it did learn how not to be an investigative reporter, and so the experience was worth it.

My heart starts to race as I spot him across the room. Our eyes lock for a second and I wonder if he feels it too – that jolt of pure electricity. He looks away, his gaze drawn to the woman petulantly tugging at the sleeve of the tux that barely hides the raw masculinity he exudes. As would be expected, there is – besides Miss Needy – a throng of people around him. A man like him could easily pull a crowd on a desert island, so a Lagos bar on a Friday night would pose little challenge. One of his admirers must have said something funny because he suddenly throws back his head and laughs. The rich, throaty sound carries across the room, above the subdued music from the hidden speakers, and sets my toes tingling in my Gucci’s.
There is something about him. Usually I would gag at the thought of using such a cliché, but this time it is true. Maybe it’s that tall, lithe body and the way he carries it. Or perhaps it’s his dark chocolate skin and the way it glows under the lights. It could be that face, which had surely been carved by the hands of angels; those full, sensuous lips that hold promises of secret pleasures. If nothing else, it surely has something to do with the daredevil I sense him to be – that and his aloofness, that unreachable something that is both maddening and enthralling. I glance at Miss Needy beside him and see – along with the adoration in her eyes – the anxiety that she would never be more to him than an irksome distraction. I am too busy plotting my own strategy to feel much sympathy for her, though. She is, after all,  a rival. But from the look of things she would not be one for long.
Sorry, lady. It’s get on or get gone. Ha-ha!
My mind churns as I nurse my drink, trying not to stare too hard. My eyes glaze over as I picture him naked. Ah, yes…. He works out, so those dark chocolate arms are strong; well toned but not too muscular. He has broad, do-lean-on-me shoulders, a smooth, hairless chest, and shiny pecs. He has a glorious six pack, and a trim waist that tapers down to strong, muscled thighs. And nestled between them…
Damn it.
I wake up in time to see the object of my fantasy lean down and brush his lips lightly against the disappointed Miss Needy’s cheek, shake hands with some guys and head for the door. I quickly signal the bartender to put the drink on my tab as I hurry after him.
As usual I am slightly nervous as I approach my quarry, and I wonder – would he find my strong, overt approach off-putting? Would he hate that I am white? Would he mind that I am a man? 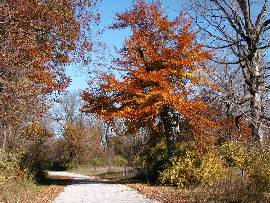 Nostalgia is a wonderful thing. Think about it – what else can make you look back on the worst of times with something close to fondness? What else can give those past memories, good bad or ugly, that bitter-sweet taste, that subtle rose tint? It is a strange thing, nostalgia, and stranger still what it does to us, making us long for a past that we cannot go back to, and no matter how hard we try to recreate that past in the present it’s never quite the same.

But maybe that’s all part of the beauty of nostalgia. The past would not be the past if we could so easily recreate it; that’s what memories are for. We remember the bad so we do not make the same mistakes, and so we can try to keep others from making our mistakes. Our scars serve as the necessary reminder. We remember the good in our lives too, and if they do nothing else these memories remind us that there is joy in living. They give us a reason to smile, and they may make us want to put smiles on the faces of others.

Nostalgia, for all its charm, is something we do not want to indulge too much in. It is a dangerous thing to dwell on the past. We should remember it but not live in it, for being consumed with a past that we cannot change or relive will only keep us from seeing all the beauty that the future holds for us. Life carries on and so should we, with our memories – pleasant or otherwise – serving not as dead weight, but as the spur that will keep us going strong.