We’re young and we’re alive and we have feelings that should not be tamed. There’s no question, there’s a reason we met tonight.

We’ve shared a few drinks and I think I’ve known you like forever or maybe from a former life so yes I do know you cos you’re Funny Smart Smoking Hot and you know me so fill in the blanks don’t take any time cos you know YOLO.

Now is enough. You feel it too? See, I knew you would.

We’ll go now, my place. It’s what people like us do: live in the moment, seize the day, follow our feelings, let things be as they may. We’re young, we’re hot. Let’s make love!

That done, it looks like we might have something here. Shall we now really get to know each other? Yes? Yes. Hurray!

Second date, where I learn you believe in nothing and I in too many things. But we can’t keep our hands off each other under the table, so it’s okay; we are our shared belief. Your family is small but tight and so you want to recreate that, only bigger; mine is too large and I hate the noise and I won’t... We make a silent agreement not to get ahead of ourselves, that a compromise will come.

Next time in bed I realise that you intend to keep doing that thing with my feet that tickles, and not in a good way. But everything else is fine. Except that I hate that you let me pick up the cheque so often. I think your friends are rowdy and pretentious, you say my best friend is a snob. But they all say we’re ‘good together’. And so we are. Good together. It doesn’t matter that you seem like a different person whenever we’re not alone, or that I have to make you into one when my family asks about you. But at this point we’re sharing a flat and a bed and we need a mindless escape… So, sure, let’s make love.

Fast forward a few weeks and I’m ready to admit it: I don’t like you very much. You feel the same way about me, I can tell. We don’t talk; we don’t even fight. We navigate around each other, timing our schedules so we never have to meet. Like polite strangers, when contact is inevitable we say please, thank you, excuse me, far too much.  Even in sleep we’re awake to the invisible line that divides our bed. Do Not Encroach.

We know we’re done; we’re just marking time now. One of us will have to make the move, say the words that will free us to go out and do the same things over again, with different people this time, thank God!

But for now, while we wait…

The Secret to Getting an Okada at Falomo Roundabout

This is how I get to work some days. I take a bus from Lekki going to Obalende, stop at Law School Bus Stop, right under the bridge on Ozumba that connects VI with Ikoyi. I walk across this bridge, looking out at the water as I go (this is usually the highlight of my morning), and then I get to Falomo Roundabout in Ikoyi, on the other end.

Now, here’s when it gets interesting, because at this point I have to find some means of transportation to the office other than my feet. I don’t mind walking, and the office really isn’t all that far from Falomo. But when you consider the intensity of Lagos sun at around 8.40 am, which is when I’m usually at Falomo, and the fact that I carry my laptop and other stuff to work every day, walking the additional distance doesn’t sound so good. But then, there are no taxis or buses plying Kingsway Road, not that I know of. The only other option is to get an okada. This should be simple enough but it isn’t, since okadas have been banned from virtually all Lagos roads.

The first time I got an okada from Falomo Roundabout it went something like this. I did my walk across the VI-Ikoyi Bridge, emerging at Falomo Roundabout, with the sun beating down on my head as if I was a personal offence to it. I was starting to doubt the wisdom in my earlier decision to walk from Falomo down Kingsway Road to the office. Keep in mind that at this time I did not yet know The Secret to Getting an Okada at Falomo Roundabout, and so I was just there asking myself, ‘Self, what were you thinking? You think you’re still in the UK where you walk everywhere abi?’ What if I passed out from the heat and became one of those people that provide entertainment, a temporary escape, for weary Lagosians.

I walked on, slowing down in the shadows cast by the abandoned NITEL Compound just by the roundabout. I was adjusting the straps of my backpack around my shoulders and giving myself the pep talk that would allow me to keep walking when a man in dark glasses sidled up beside me.

I wanted to turn to look at him but something in his demeanour stopped me.

‘You dey find okada?’ he asked, in a whisper.

From the corner of my eye I could see he wasn’t looking at me; his eyes were straight ahead, his body inclined away from me. To any watching eyes he was just a random person standing beside a random female, trying to cross the road or something.

I was wondering why this random person was asking if I wanted an okada (did he have one in his pocket to give me?) when it suddenly occurred to me. My head went cold, like I was in a spy movie. He was the okada man!

I got into character.

I glanced about, keeping my head as still as possible and using just my eyes. When next I spoke, it was with minimal lip movement.

‘Where your okada dey?’ I said.

He still wouldn’t look at me. Smart guy.

This one was a pro; he would give nothing away. I smiled. Maybe I looked like someone from the Lagos State Okada-Hunting Task Force gone undercover. I wondered if that should make me feel cool.

I told him, and he said the price was N200. A rip off – coming all the way from Lekki had cost less – but then maybe not, considering the risk involved. When you choose to operate on the fringes of the law you pay the price, in this case N200.

I looked up at the sky. The sun still seemed to have something against me. I nodded. N200.

The man disappeared through the gates of the NITEL compound, and moments later he came out rolling his motorcycle, looking all around him. He stopped beside me and I hopped on, my face straight, feeling like a badass but wondering: if one of these Task Force or LASTMA people catches the okada man for operating his okada illegally, will they want to keep the passenger as well? But I got to work okay. No Task Force, no wahala.

The other day I was describing my commute to someone and I mentioned taking an okada from Falomo Roundabout. The person stopped me.

‘I thought they’ve stopped all the okadas from running there? How do you get one?’

I gave a slow, secretive smile, gently pulling at my chin hairs.

THINGS TO DO THIS JUNE 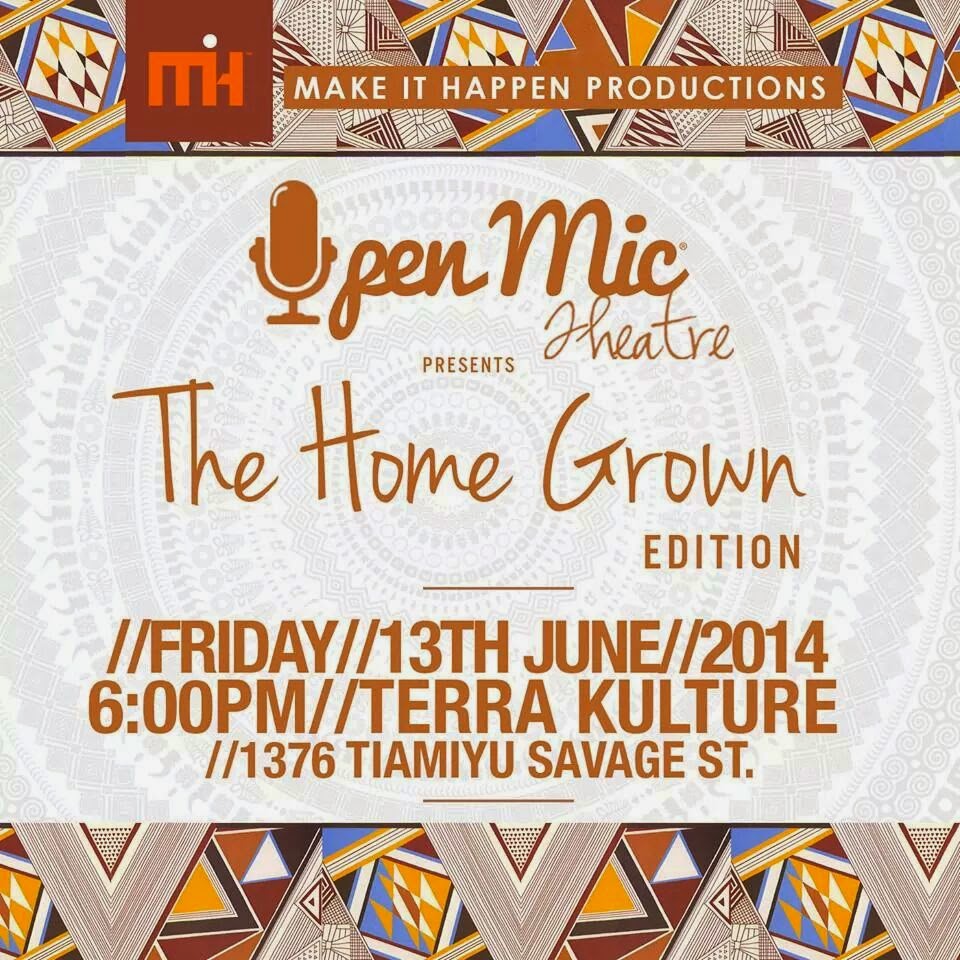 Short notice, but if you can make it to Open Mic Theatre today, you should come. It'll be loads of fun. 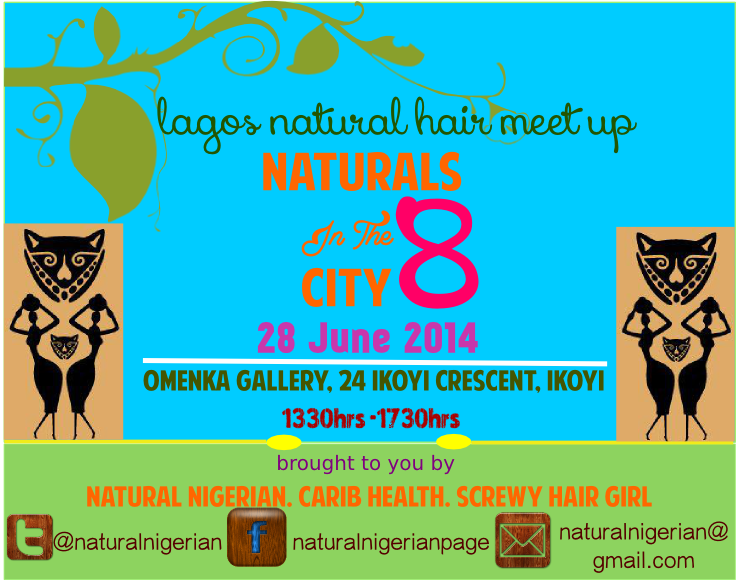 Monsters in the Kitchen 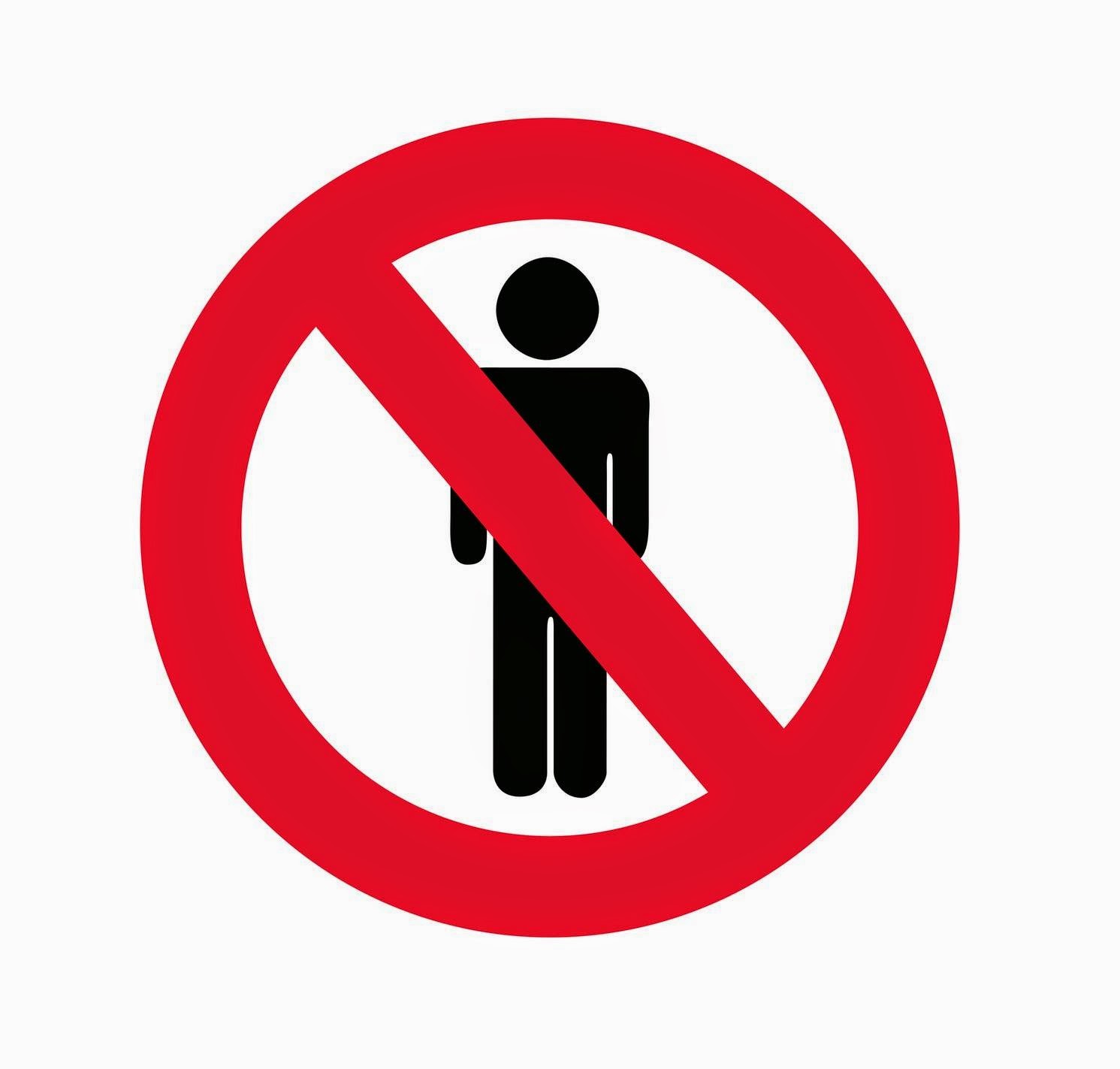 We had visitors at home one day – my mother’s friend, her son and a little girl who I think was her grandchild. I withdrew into my room to work, but I could still make out the sounds of my mother and her friend working and talking in the kitchen.

At some point I had to go back into the living room to check on the internet connection. By this time my mum and her friend had finished preparing and serving the food in the kitchen, and they were taking plates into the living room, for the little girl first and then for themselves. My mother’s friend said to her son, ‘You can go and get your food from the kitchen.’

This was what surprised me; he said something like ‘why should I be getting my food from the kitchen?’ (Not his exact words, but the essence remains the same.) Now he didn’t say this in a tone that suggested, ‘Oh, I’m in an unfamiliar house and I don’t know how they do things here, or if it’s okay for a visitor to just walk into their kitchen’. It was more like ‘Why should I be getting my own food when you are here?’ And I thought, we’re talking food that has already been prepared and served for you o; nobody is asking you to cook. This from a man in or around his mid-twenties, who should have learnt at least a few things about life by now, like there are no monsters in the kitchen that are out to get you and kill your Manliness.

I realised, as I sat there watching him, that this could not be a new thing. At some point in his childhood this young man must have been taught, or at least allowed to believe, that kitchens are a threat to his masculinity, and that it’s okay to order his mother around – you should have heard his tone when he spoke to her. I was raised in a family of all girls, so maybe I have no firsthand experience with how boys are brought up. But I refuse to believe that it’s okay  or normal for boys to be raised to feel so entitled that they cannot simply walk into a kitchen and get food that has already been served for them. What next, ‘feed me, Mummy,’ ‘come wipe my arse for me, Mummy’?

My mother’s friend went into the kitchen and got the young man his food. If you ask me, what that man needed was a good spanking. But by now it’s probably many years too late.

Dear young man, I don’t know what they told you but I can assure you, your penis will not shrivel up and disappear if you walk into a kitchen. Try it today.