Girl on the Side

It’s the picture on your bedroom wall that bothers me. It’s hanging right across from the bed, with Her smiling straight at me. I imagine meeting her eyes over your shoulder as we’re having sex. If I were a different kind of person I might get a perverse pleasure out of it; maybe it’ll make me want to hold you tighter, moan louder, work harder, to prove something.

I decide I will ask you to take it down while I’m here. I’ll ask casually, make it sound like a joke: ‘Take it down jor. You want your madam watching us while we’re doing it?’

Weeks ago I rediscovered you on Instagram; you were living only a few hours away. It had been all innocent at first, renewing an old acquaintance from school. But when the break up I knew was coming came it was you I called, and you said all the words I needed to hear – it was his loss and I could do better anyway and any man would be lucky to have me. And so when you said I could come over if I needed to get away from everything I came; even though I knew there was no future here, even though I knew I would feel worse after. Even though I knew about Her.

You come into the room. ‘Hey, you,’ you say. You’re smiling as you hand me the glass of water I’d asked for. I smile back and take a sip.

‘Nice picture,’ I say, nodding at Her.

You take off your jacket and ask if I’d like to shower. I nod, because all my words are gone. I’m rethinking this whole picture matter. Wouldn’t there be something proprietary about me asking you to take it down when it doesn’t seem to bother you; something that might suggest that maybe I think or hope that this thing with us might maybe perhaps be something more than it is?

I undress, my back to the wall where she hangs, and watch you watch me. The picture stays.

After the shower I return to the room to find you waiting. I slip off the towel and the heat from your skin warms me.

When you come you come alone, and then you fall asleep. And you snore. And I’m there watching your open mouth and being jealous because I want oblivion right now and you won’t let me have it and I want to shove a pillow onto your face and sit on it until the noise stops and I can go to sleep and forget all this. At least until I wake up again.

I reach up to turn off the light and I can’t help it. I look up at Her again and I wonder, is it just me or is that smile a tad smug right now?

I just want to go home.

HOW TO RIDE THE BUS

My short story, ‘How To Ride the Bus’, was published on Bella Naija this week. You can find it here. Please read, comment and share.
Posted by Uche Okonkwo at 5:40 AM 2 comments: 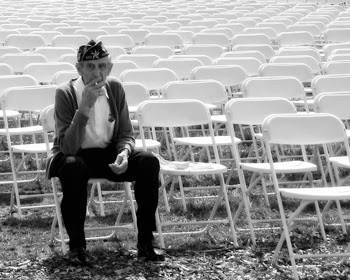 I watched him from afar, lonely speck of black in a sea of white. He liked to do this after every event, sit smoking a cigarette amidst the pieces of themselves the guests left behind on the grounds he kept. Just one cigarette, though. He had quit for real a month and two weeks before I announced that I was marrying the daughter of his greatest enemy.

I walked, the grass beneath my feet muffling my approach. I was late today, and I wondered if my father noticed this where he sat sending wisps of smoke up in the air. There was something essentially the same about the different events that held here: weddings, parties, conventions, concerts. The things that the guests left behind on my father’s grounds – the scarves, the condoms, the books and underpants and wallets – should each tell a different story. But knowing that my father would look upon every one of these things made the stories all merge into one – the story of his life.

He did not say anything that day, after I shared the news of my coming wedding. He just strode out and returned with a pack of his favourite brand of smokes, Gold Star. He’s never spoken a word to me since. By marrying into the family that had stolen his small business and made him into a groundskeeper, I had chosen sides. There was nothing to say.

Except that today there was.

He did not look up when I reached him. His lips were rounded as he made a perfect O with his smoke. As a child I would reach up, put my index finger through the hole and watch the smoke fade around it. Would it make him laugh if I did that now? I sat and looked off into the distance.

We had made a baby for him. After three years of trying, we finally had. When I first held her in my arms I knew she would be the one, the mender of fences, the bridge under which the waters of our strife would flow. She was doing it already; her other grandfather had visited for the first time yesterday. Maybe if I found the right words my father would too.

I could start by saying we had decided to call her Gold Star. I hoped he would like this.