Good Teeth (plus an update)

It was the way she said it that made my heart start to pound in my chest. The way she shifted close to me on my bed, glanced around, leaned forward. Her breath smelled of sardines. When I tried to put a fraction of an inch between our thighs, which were now touching, she closed the gap in a second.

I ignored her voice, her breath tickling my ear. I wondered what brand of sardines she favoured. Titus? Lots of people liked Titus? But this girl was cheap. Probably Milo. Yes, she seemed like a Milo.

- This afternoon on the queue…

I knew what she was doing, leaving her sentences unfinished so I could implicate myself. But even as my feet went cold I kept my face straight. She leaned closer.

- I saw what that idiot boy Kenny was doing to you on the line.

The cold was rising from my feet now, creeping up my thighs. When it reached my chest my heart would stop. Maybe that wouldn’t be such a bad thing. There would be nothing to feel, no shame, if I just fell back on my bed and died.

I sat still. But she was staring at me and her face was a question I needed to answer before she made her own answers. I tried to look confused. She glanced around the dorm room before looking at me again.

- He was… rubbing his thing on your bum-bum when you were standing on the line.

How did I convince myself that no one saw it happen? It was barely two hours ago, standing in line with other students so we could file into the dining hall for lunch, when I felt something rub against me from behind. It took a moment for me to realise that this was no accidental brush, that there was a rhythm to the contact. Our bodies were packed close in the queues, but not that close.

I looked behind me, saw his face. Kehinde – or Kenny, as he preferred – the second half of the principal’s set of twins. There was no apology in his eyes or on his lips. There was a smirk, behind which lay a brazen challenge: so what are you going to do about it? The eye contact lasted two or three seconds before I broke it.

- Didn’t you know what he was doing?

I looked at her now. It was easier to shake my head, so that was what I did. Easier to do that than to try and explain why I said nothing, did nothing to stop him, even though I wanted him to stop. There were no words to describe it, the helpless embarrassment that stopped me even from quietly moving away. I just stood there, rooted, hoping nobody would notice. I suppose it helped that after our brief eye contact he stopped.

I couldn’t tell if she believed me.

I wasn’t exactly lying when I said I didn’t know. Because I didn’t know why, when you came down to it, I had done nothing. It wasn’t because Kenny was the principal’s son; I cannot say I would have acted differently if he wasn’t. What was it that kept my tongue tied when I should have talked, my feet rooted when I should have walked? The same thing that kept me quiet as a child when I would rather suffer a scarred scalp than call attention to the relaxer burning on my head, preferring to wait unobtrusively until one of the salon girls remembered the little person they were supposed to be watching? The same thing that wouldn’t let me show my teeth when I laughed, even though they were perfectly good teeth?

No. No, it’s not. Many things are not right with me.

- I left my job at Kachifo Limited, the very first place I ever worked and where I learned to be an editor *sniffles*

- In August I started a three-year MFA Fiction course at Virginia Tech, in the oh-so-small town of Blacksburg. In a few days I’ll begin teaching my first undergraduate class.

People: Are you excited to start teaching? 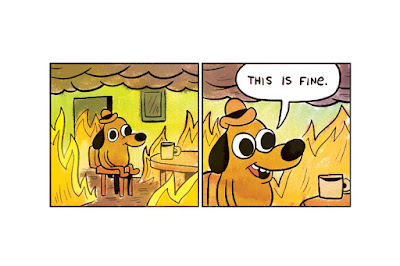 - P.S. I’m still here for freelance writing and editing, so hit me up on the little contact form on the top right of the page.